Blog - Latest News
You are here: Home / Word Magic: How Much Really Gets Lost in Translation? 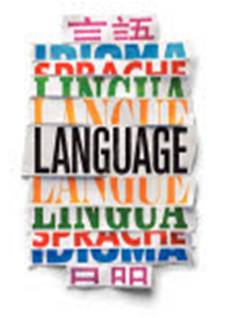 Once, in a restaurant in Italy with my family, I occasioned enormous merriment, as a nineteenth-century humorist would have put it, by confusing two Italian words. I thought I had, very suavely, ordered for dessert fragoline—those lovely little wild strawberries. Instead, I seem to have asked for fagiolini—green beans. The waiter ceremoniously brought me a plate of green beans with my coffee, along with the flan and the gelato for the kids. The significant insight the mistake provided—arriving mere microseconds after the laughter of those kids, who for some reason still bring up the occasion, often—was about the arbitrary nature of language: the single “r” rolled right makes one a master of the trattoria, an “r” unrolled the family fool. Although speaking feels as natural as breathing, the truth is that the words we use are strange, abstract symbols, at least as remote from their objects as Egyptian hieroglyphs are from theirs, and as quietly treacherous as Egyptian tombs. Although berries and beans may be separated by a subtle sound within a language, the larger space between like words in different languages is just as hazardous. Two words that seem to indicate the same state may mean the opposite. In English, the spiritual guy is pious, while the one called spirituel in French is witty; a liberal in France is on the right, in America to the left. And what of cultural inflections that seem to separate meanings otherwise identical? When we have savoir-faire in French, don’t we actually have something different from “know-how” in English, even though the two compounds combine pretty much the same elements? These questions, about the hidden traps of words and phrases, are the subject of what may be the weirdest book the twenty-first century has so far produced: “Dictionary of Untranslatables: A Philosophical Lexicon,” a thirteen-hundred-page volume, originally edited in French by the French philologist Barbara Cassin but now published, by Princeton University Press, in a much altered English edition, overseen by the comp-lit luminaries Emily Apter, Jacques Lezra, and Michael Wood. How weird is it? Let us count the ways. It is in part an anti-English protest, taking arms against the imperializing spread of our era’s, well, lingua franca—which has now been offered in English, so that everyone can understand it. The book’s presupposition is that there are significant, namable, untranslatable differences between tongues, so that, say, “history” in English, histoire in French, and Geschichte in German have very different boundaries that we need to grasp if we are to understand the texts in which the words occur. The editors, propelled by this belief, also believe it to be wrong. In each entry of the Dictionary, the differences are tracked, explained, and made perfectly clear in English, which rather undermines the premise that these terms are untranslatable, except in the dim sense that it sometimes takes a few words in one language to indicate a concept that is more succinctly embodied in one word or another. The New Yorker

Famous USSR Interpreter Sukhodrev Dies at 81 Alphatrad Worldwide is awarded a contract with the EU Translation Centre for...
We use cookies to give you the best experience on our website. By continuing to use this website, you consent to our use of these cookies.ContinueRead more