Blog - Latest News
You are here: Home / The market for multimedia localization services in 2018 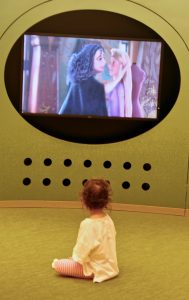 Multimedia is an invaluable tool for business worldwide today, which is why the latest issue of MultiLingual, which just went live, focuses on it.
Multimedia has become an effective and efficient way of connecting with the target audience. Multimedia content includes audio, video, flash movies, animation, eLearning content, rich media and interactive materials. Multimedia localization is the process of modifying media such as audio or video with the aim of adapting to the preferences and the needs of people in various geographical regions across the globe.
Often translation solutions are the key component of multimedia localization. However, multimedia localization providers take additional aspects like cultural differences and local regulations into consideration. By combining both translation and technical skills, they are able to produce high-quality media that reflect both the target audience and the source material. Multimedia localization can be and should be an influential and powerful communication tool — regardless of whether it’s utilized for commercial or informational purposes. Due to high demand, increased need and interest for information, more and more businesses and organizations are turning to multimedia such as eLearning modules and videos as a way to inform, train and educate their customers and employees both locally and globally.
Multimedia platforms such as video have become a major way for the audience to consume information. Multimedia platforms must be localized for the global market so as to ensure they fit with the customs and culture of the region. Localization services include voiceover, also referred to as dubbing, on-screen translation and subtitling. Multimedia localization providers usually employ local media specialists, translators and editors to ensure a seamless transition.
Multimedia localization is a complex process. It often involves:

Recording professionals work in teams using state-of-the-art linguistic and recording studios to ensure high-quality results. Businesses use multimedia localization services when looking to reach more audience and expand media to other regions in a functioning form that adapts to the local culture, regulation and language. Multimedia localization is best used when a business is trying to expand to a new country. Localization providers will usually modify videos on the business’s website by implementing a new voiceover in a new language. Localization is considered essential since multimedia is accessible for users with different native languages. In cases that don’t involve an overall translation, other forms of localization may still be useful or welcoming to the target audience who are the potential customers. With localization, the probability of a larger userbase is higher.

What 2018 has in store for multimedia localization services

First would be shorter videos with larger language sets and tighter turnarounds. The emergence and expected dominance of social media in the industry definitely changes and affects the kind of content we see. In fact, social media has already done that. People on social media don’t stay on a video for very long, which is why most content on social media platforms are particularly short. Social media users, and users in general, expect a great deal of customization. Marketers now are creating larger suites of videos with slight creative tweaks to appeal more to different users and also as suites of content which users can cycle through. An example could be a slightly different video for a different Facebook timeline visit. Project language sets are expected to get larger and timelines to get increasingly shorter. Expect to see short videos that can work on mute. This trend is affecting subtitling since most of the narration track is recapped through on-screen titles.
Second is text-to-speech voiceover. Text-to-speech is widely accepted now for making visual and written content accessible to sight-impaired and blind persons. This is because text-to-speech has been used widely in accessibility services for almost a decade now. This was the first field that adopted text-to-speech, users are more familiar with the voices and their uniqueness. English has the most advanced text-to-speech voices. However, several companies around the world are now working on creating multilingual sets. Languages like Spanish are phonetic, the linguistic makeup of such languages lends themselves to text-to-speech. Text-to-speech voiceover is becoming the acceptable standard for accessibility. In 2018, there will be increased development of multilingual text-to-speech voices, particularly Spanish voiceover.
Third is social media. 2017 wasn’t a great year for social media. The clouds are just clearing, and marketing opportunities will solidify over time. Brand safety, reporting and analyzing the performance of marketing pushes were a major concern for social media. Particularly brand safety became a primary concern for the multimedia localization industry and translation in general as marketers were constantly expressing their concern on the likelihood of their content getting paired with offensive or violent content. There was much confusion over how efficient and effective ads on social media were. The same concerns are expected early on in the year. However, growth is expected later in the year. Currently, Facebook is pitching inserting mid-roll programmatic ad breaks, that is, commercials in videos, same as YouTube and other streaming sites such as Hulu. A heated competition is expected as social media takes on streaming ad revenues. Over time marketers will have a real sense of the opportunities social media ads can provide with brands and companies. This means a more sustainable growth in the sector, and in turn, it will drive up video dubbing and subtitling. In a nutshell, continued disruption in both media production and distribution will, in turn, affect the look and feel of online video and how it’s translated, localized or transcreated.
Fourth is an establishment of virtual reality localization standards and technologies. Virtual reality videos are also known as VR videos or 360-degree videos. There isn’t an accepted standard or an implementation technology for the localization of virtual reality videos. However, there are a couple of promising leads. YouTube has enabled traditional captioning in the platform’s viewer for VR videos. The BBC is also working on developing standards and technology to make its VR content accessible to hard-of-hearing and the deaf. A debate over how to implement captioning when the video has multiple points of focus to which the user can navigate is expected, particularly over how to localize voiceover elements of this content.
In general, 2018 is an exciting year for voiceover, dubbing and subtitling. This is the year that eLearning software will fully adopt standard captioning formats such as SRT. This is expected particularly with new Adobe Captivate releases later on in the year. A turbulence is brewing in the subtitle and captioning industry as the market is likely to get saturated with providers of varying quality. The continued online streaming dominance will affect timelines, delivery methods and pricing. Online dominance streaming will affect user’s language-support demands as well.
Multimedia localization services tips to remember in 2018:

Today, there are higher standards of produced content than in the yester years. The audience today expects content localized in their native or local language to be released simultaneously with the English source. They also expect content localized to the highest quality despite whether they are viewing the content on TV, social media, streaming sites or any other distribution platforms. This is perhaps 2018’s greatest challenge as well as the greatest opportunity to multimedia localization industry.
This post originally appeared on Multilingual.com

Google Translate not enough to grant consent, finds US judge Oxford English Dictionary extends hunt for regional words around the world
We use cookies to give you the best experience on our website. By continuing to use this website, you consent to our use of these cookies.ContinueRead more