Blog - Latest News
You are here: Home / García Márquez’s Linguists Weigh In On What Made Him Special 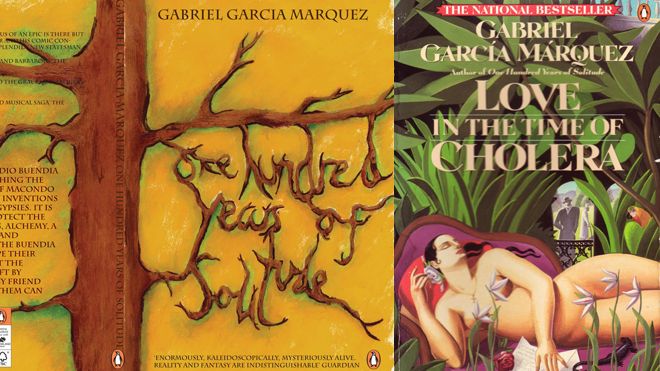 If you have read any of Gabriel García Márquez’s books in English, what you read was actually composed by one of two people: Gregory Rabassa – who translated “One Hundred Years of Solitude,” “Chronicle of a Death Foretold,” and “Autumn of the Patriarch” –  and Edith Grossman, who first worked with him on “Love in the Time of Cholera” and never relinquished that role. “It was a sheer joy to translate his books,” Grossman told Fox News Latino, “because he writes so well. He wasn’t fussy. I once asked him if he wanted me to use alternatives to the word ‘said’ in conversations, because, you know, it can get repetitive. He said, ‘No. Everyone will know that you’re just using a synonym of said.’” But Grossman added, “The only proviso was that Gabo hated Spanish adverbs that end in –mente, so I decided to not use English adverbs that end in –ly. That was an athletic exercise. In Spanish you can say despacio instead of lentamente, but to avoid ‘slowly’ you have to use phrases like ‘without haste.’”

Rabassa, who taught for most of his career at Queens College in New York City, last October told the Los Angeles Times that translation is “like acting. Much closer than to writing,” he said. “When you’re doing the book, you are García Márquez — you are playing him and someone else might play it a little differently, but it’s still ‘Hamlet.’”

Alfred Mac Adam, a professor of Latin American literature at Barnard and Columbia Universities who has translated books by Carlos Fuentes and Mario Vargas Llosa and short pieces by García Márquez, said he never thought of the Colombian author as “a hard translation project.”

“He wrote in very neutral Spanish, and, as a journalist, he wrote to communicate,” Mac Adam said.

Grossman agreed, “His sentences are beautiful, but fairly straightforward. He was a stunning artist.”

She told a story about the time when García Márquez was living in Mexico City and working on the book that would become “One Hundred Years of Solitude.” Every night, she said, he would get together for drinks with another Colombian writer named Alvaro Mutis, who died last September.

“He would tell Mutis about what he’d been writing that day: ‘There’s this man called X in this town Y, and he does Z.’ And Mutis couldn’t wait for the next installment,” Grossman said. “Eventually, ‘One Hundred Years’ got published, and Mutis was astonished to see it had absolutely nothing to do with the story Gabo had been telling him.”

Grossman believes that “One Hundred Years of Solitude” is a unique novel among García Márquez’s works. In fact, she said, “There’s never been a book like it, before or since.”

Mac Adam called the book “a tour de force,” adding, “It was the first major book to infuse fantasy into the novel. He took this literary genre that focused traditionally on reality and psychology, and he turned his back on it.  It’s the one book that everyone in Spanish-speaking Latin America knows.”

Apps You Need To Translate Foreign Menus Famous USSR Interpreter Sukhodrev Dies at 81
We use cookies to give you the best experience on our website. By continuing to use this website, you consent to our use of these cookies.ContinueRead more